Touched by Cancer? Here’s some things to consider.

The risk of Lymphoedema

At birth, about 1 in 6000 people will develop primary lymphedema. The overall prevalence of lymphedema has been estimated at 0.13% to 2%. In developed countries, the main cause of lymphedema is widely assumed to be treatment for cancer. The incidence of lymphedema after breast cancer treatment ranges from 24% to 49% after mastectomy and 4% to 28% after lumpectomy. Patients requiring more aggressive surgery and radiation have a greater risk of developing lymphedema; however, the less invasive sentinel node biopsy is associated with only a 5% to 7% incidence of upper extremity lymphedema. In addition to breast cancer treatment, treatment for other malignancies is also associated with lymphedema: melanoma (16%), gynecologic cancers (20%), genitourinary cancers (10%), head and neck cancers (4%), and sarcomas (30%). However, it appears that about one quarter to one half of affected patients have other forms of lymphedema, including primary lymphedema and lymphedema associated with poor venous function, trauma, limb dependency, or cardiac disease. (Lymphoedema complete surgical and medical management CRC Press 2016 p4-5)

How is the body affected when there’s Lymphoedema?

Deficient Lymph transport leads to the proliferation of germs, parasites, viruses and other antigens in the tissue. The lack of antigen presentation in the regional Lymph nodes and the unchecked germ proliferation in the poorly drained area cause local and regional immune deficiency, explaining the common occurrence of reoccurring infections and tumour development in chronic Lymphoedema.(Lymphedema diagnosis and therapy Essen 2008 p48).

In other words, the limb or body part that is affected by Lymphoedema has less of our bodies surveylance/defense fighting component working. Looking at the table above we see that Normal liquid in our bodies contains many more T and B cells which form part of our defense mechanism. When the Lymph becomes less viscous (runny) and its harder for these  soldiers (b/T cells antibodies etc) in our body to swim to the site of an invader. As the body ‘swells’ at the additional stored fluid more fat is attracted to the water. This additional water attracts more fat and this attracts more water and a catch 22 is created leaving the limb growing in volume and girth. Another problem arises as the distance between the outer layer of skin gets greater as the limb expands. The distance that cells must be from the blood capillaries to the to be nourished is around .01mm this is know as the ‘transit stretch’. As this distance increases due to Lymphoedema the number of cells malnourished increases.

Once Lymphoedema becomes chronic this stagnant swamp in out bodies grows more fibres between our top layer of skin and the substructure beneath making our limbs thicker and harder. Our skin also becomes thickened as a result.

We all have things called Macrophages a bit like a ‘Pacman’ that are present in our bodies, their job is to collect dead cells and rubbish, eat them and carry the refuse back to the Lymph nodes. As this distance becomes greater and the water in our bodies becomes more ‘syrup’ like these macrophages have trouble swimming and returning with the refuse to the Lymph node. If the macrophage doesn’t return to the node in 8 days it becomes part of the dead ‘stuff’ that is left in our tissues.

If the Lymphoedema becomes chronic the fluid in our bodies  becomes more at risk to infection and disease. On example of this is a lymphosarcoma (named after Stewart and Treves). This sarcoma is a not too rare final consequence of lymphedema. It has been suggested that it is from impaired immunity, which is a feature of a failed lymphatic system. A squamous cell carcinoma of the foot reminds us that malignancies of every type may be more common when there is an impaired immune system. (Lymphoedema complete surgical and medical management CRC Press 2016 p211).

How can you know if you have Lymphoedema? Listen to your body! Do your limbs feel heavy, is your skin tight, tender, do sandals, rings and watches feel tight? Are under-ware and clothing harder to put on? Is there a red line left where your underwear was when you undress of a night time? Do you have persistent infections that wont heal?  Do patches of my skin feel thicker or are there patches of dis-colouration? If you feel you are developing a condition please see your health care professional, please see below for some other indications that you may be suffering from Lymphoedema.

A simple test for Lymphoedema is the Stemmers Sign. Simply pinch the fold of skin on top of the toe next to the big toe. For people without Lymphoedema you should be able to pinch a fine fold of skin between your fingers, for those with Lymphoedema there is a thick wad of fatty skin between the fingers when this test this done. The Stemmer sign (an inability to pick up a skin fold of the dorsum of the second toe between the thumb and forefinger) can help distinguish lymphedema from other causes of the swelling, particularly in the middle or later stages, although it can be positive in the normal population. (Lymphoedema complete surgical and medical management CRC Press 2016 p293)

Another test is the Pitting Test. In an area that appears fluidy push with the tip of the finger firmly for around 45-60 seconds. Upon release the limb should return to normal. If a hole or dent remains this is an early sign of Lymphoedema.  Stage 0 is subclinical. Stage 1 represents an early accumulation of fluid with high-protein content that subsides with limb elevation . Pitting edema is seen in this stage. In stage 2, limb elevation rarely reduces tissue swelling, and pitting is not a feature. Stage 3 includes lymphostatic elephantiasis with absent pitting and trophic skin changes (acanthosis, fat deposits, and warty overgrowths). (Lymphoedema complete surgical and medical management CRC Press 2016 p310).

A good therapist will ask about and practically test the above methods of diagnosis.

There are some brilliant tests to verify if you have or are at risk of developing Lymphoedema.

Important: The information on this page in no way constitutes advice for Cancer sufferers, it is a collection of information you could consider when discussing your personal condition with a licensed Health Care professional.  Italics ours. 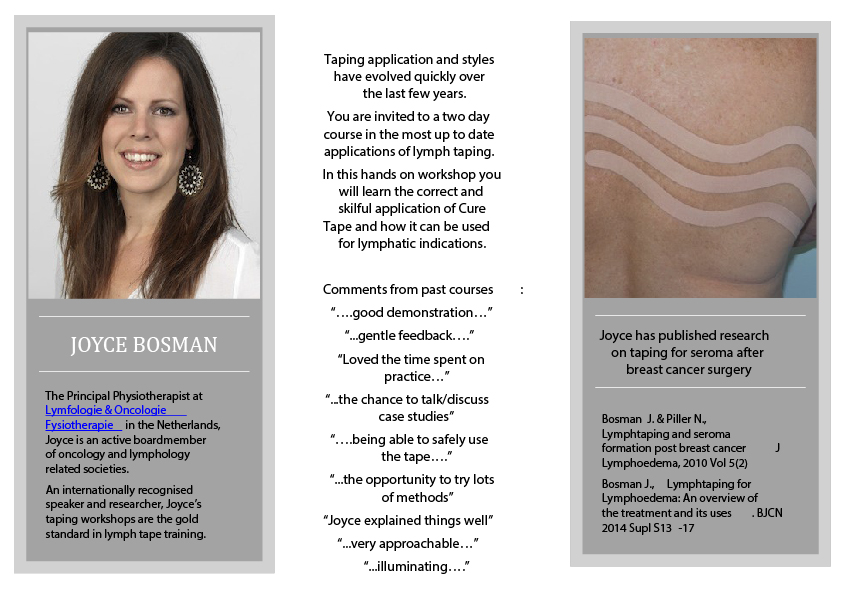 Lymph taping, power to work when your not there, learn how.
Read more

Has a member of your family been touched by cancer? 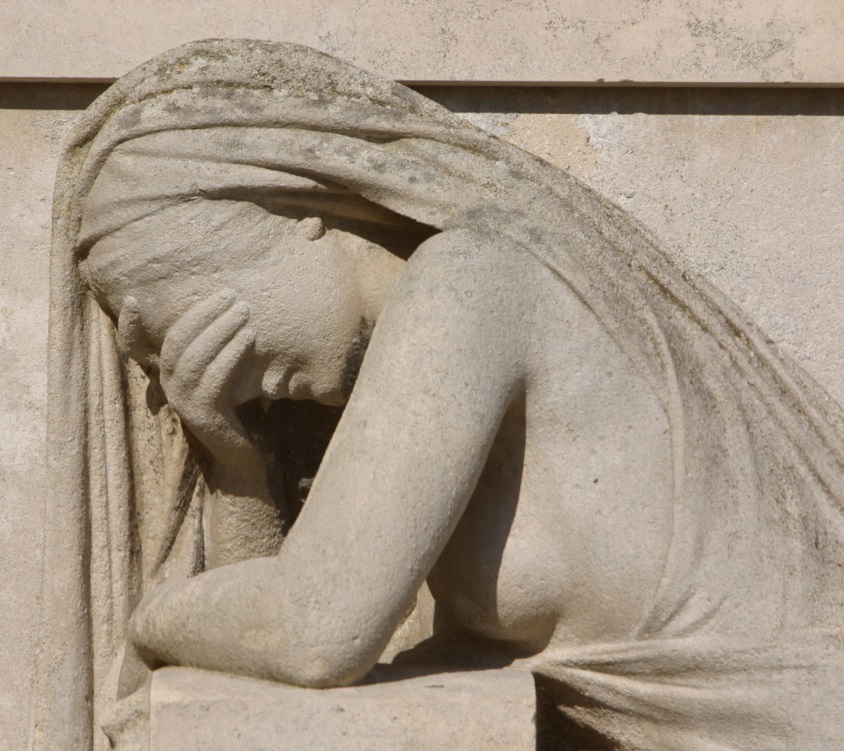